Jo Parkes is celebrating being slim and ‘elfy this year after she grew fatter than Santa. The 32–year-old mum of two, was shamed into slimming after mortifying snaps of her with Father Christmas showed she was rounder than the man himself. 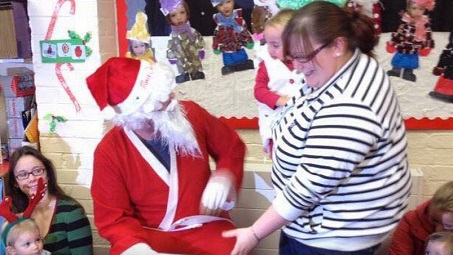 After other humiliating pictures showed that at a size 30, weighing 23 stone, Jo was also bigger than a giant snowman– she vowed t o lose weight.She signed up to a diet plan and has now lost a huge 10 stone.

Jo, who lives in from Market Harborough, Leics, with husband Guy, 38 and daughters Faye, seven and Alice, three, said: “I usually spend Christmas dodging the camera. I wasn’t always successful as my embarrassing Christmas album shows.

“I was bigger than Santa, but not anymore. Being happy and healthy this Christmas is the best gift I could give my family.”

The embarrassing snap that helped trigger Jo’s incredible transformation was taken at Christmas 2014 when Santa came to visit her daughter’s Faye’s nursery.

Jo said: “I queued up with Faye in my arms ready to meet Santa, I could see somebody taking pictures, something I would normally avoid. 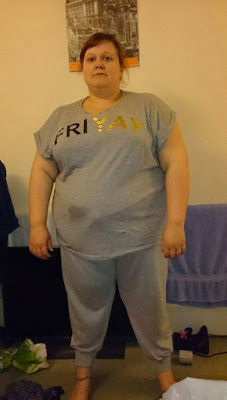 “I forced a smile but inside I was cringing because Santa looked tiny next to me. My belly was much bigger and rounder than his.”

Jo began putting on weight at the age of 15.

Then when she met husband Guy, 37, nine years ago and having their daughters she piled on even more until, by the time she was caught on camera with Santa, she was a whopping size 30. 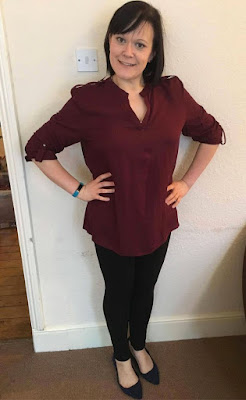 “I was mortified” she said. “I couldn’t keep ignoring the fact that my weight was a big problem and that I owed it to myself and my family to do something about it.”

But she delayed her diet until the New Year and before she knew it, it was Christmas 2015 and she was still a size 30.

All that is over now as Jo now wears a size 12.