How I Got Featured On Oprah Winfrey’s Show – Genevieve Nnaji 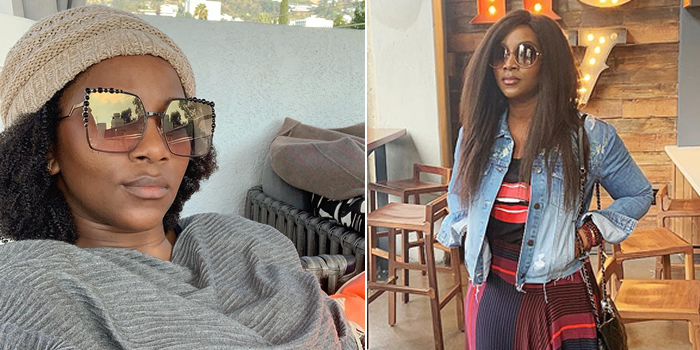 Not much has been seen of you in Nollywood movies recently, What have you been up to lately?

I have been working on movies but I am more particular on the quality of films I get involved in now and keeping myself busy with other things on the side.

You are a major act in the blockbuster movie Ijeh. Tell us about the film and the role you played.

It’s a story of two sisters. My role was that of the younger sister who came from Nigeria to the U.S. to help save my older sister from going to prison for a crime she committed in self defense. My character was timid

The world famous Oprah Winfrey featured you last year on her show in the episode ‘Meet the Most Famous People in the World’ where you were referred to as ‘The Julia Roberts of Africa’. Tell us about that encounter and what it means to you.

It was while I was on holiday in the UK over the summer last year, her producers reached me through the help of some friends and I was briefed on what the show was about. I was very excited and couldn’t believe for a while. Anyway, interviews were held over the phone and details sent as requested and like they say the rest is history. As for what it means to me, especially now that she is retired it means more to me than it did before. Let’s just say Oprah knows who I am (lol). Being one of the last people to have been interviewed by her in Africa is something historic for me and will never be forgotten.

What would you consider as the highest point of your career?

Being recognized by Oprah is certainly one of the highlight of my career, but my greatest achievement would be having people of all races from different parts of the world actually recognize and appreciate who I am and my work.

In spite of the general belief that Nollywood has become a brand in Nigeria, most people still fault some aspects of the movie. What do you think Nollywood needs at the moment to make it better and comparable with Hollywood film production?

I think it’s unfair that we are being constantly compared to Hollywood. Nollywood is unique. The industry started out as stories about the people, for the people by the people. We were ‘christened’ an industry even before we realized we were one. So what are doing right now is playing catch up. We are trying to do the best we can with what little resources we have. As much as criticism (constructive) is good we will appreciate more encouragement.

Do you think that the ban on some Nollywood stars, including you, sometime ago had a positive or negative impact on the growth of the industry? And why?

The truth of life is that no good ever comes out of being vindictive or wicked. One cannot expect progression when they do not wish others the same. I know what lessons I learnt from the ban, but they are my lessons.

Which of the numerous films you’ve featured in would be your pick as the best? And why?

It’s difficult to say which is the best but I would identify ‘Wind of Glory’ as one I really enjoyed and found very challenging. I hardly watch my movies but of the few I have watched, I enjoyed my performance in it and was proud of what I did.

On the reverse, which did you regret featuring in? And why?

I try never to regret decisions I make. Regrets only slow you down. I admit my mistakes, learn from them and move on. Life is too short to waste on regrets.

In spite of impressive career strides by some women in the society, there’s still a school of thought that the African woman should as much possible be in the background, so she could cope with her traditional role of managing the home front. But how do you think the African woman today can joggle career and the home front successfully without any major hitches?

I don’t think I am ‘qualified’ (so to speak) to address the issue of women joggling careers and their homes, since I am not there yet. But I have this to say: when you decide.. not just as an African woman, but as an individual what is uppermost in your list of priorities, management will come more naturally to you.

Tell us about your clothing line, St. Genevieve.

St. Genevieve is my own little get away. It’s an exclusive line of clothing made by me. I work mostly with African prints. My clothes are easy casual wears. Each year, I use this as a medium to give back to society with my main focus being orphanages. The next phase for the brand is to produce its denim line.