A Nigerian man has cried out after he lost his life savings to fraudsters – The young man claimed that he lost N950,000 to fraudsters who withdrew it from his account – Oladokun Michael Odunayo revealed that his pin and Automated Teller Machine card were safe with him when the transaction occurred. 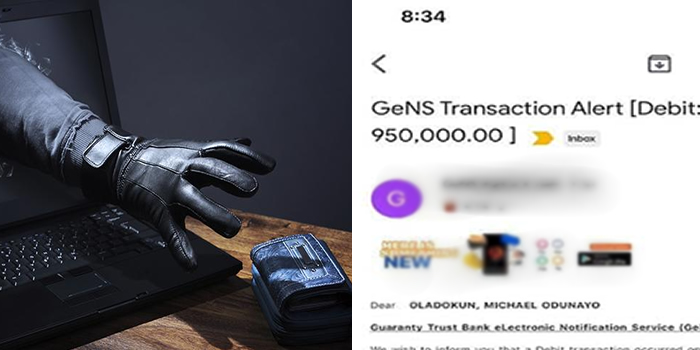 A Nigerian photographer has cried out on social media after he was allegedly scammed by internet fraudsters.

The young man claimed that his life savings was withdrawn from his account. The young man identified as Oladokun Michael Odunayo had shared a screenshot of the mail he received from his bank, telling him that a sum of N950,000 had been withdrawn from his account. According to him, it took two years of hard work for him to save up the N950,000 that has now been withdrawn by unknown persons. He claimed he had not given anyone his pin or Automated Teller Machine card.

I woke up yesterday to see a debit alert of 950,000 on my GTBANK where I save all the money I have for 2 years now. Now everything is gone. Now I have nothing left. All my bank details and pin is safe. Meaning my GTB was hacked and all 950k gone once !!!!!! @gtbank @instablog9ja @centralbankofnigeria @gtbankgh I want my money refunded. Please help me

From the screenshot shared by the photographer, it could be seen that the notifications says the money was transferred from Odunayo to another account. In many cases, this notification is supposed to show like this for the person the money was sent to.

An Instagram user also stated that every account has a N150,000 withdrawal limit. The user then asked how it was possible for N950,000 to be withdrawn at once. 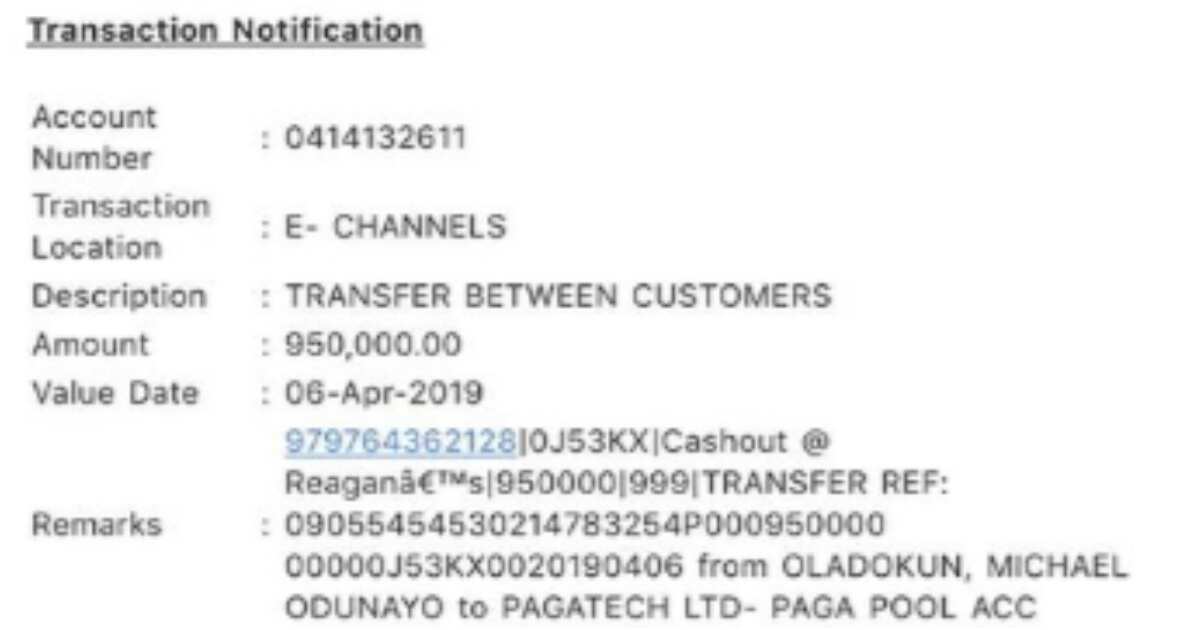