Range Rover Astronaut Edition Is Only For Those Who Paid $250,000 To Fly Into Space – Video 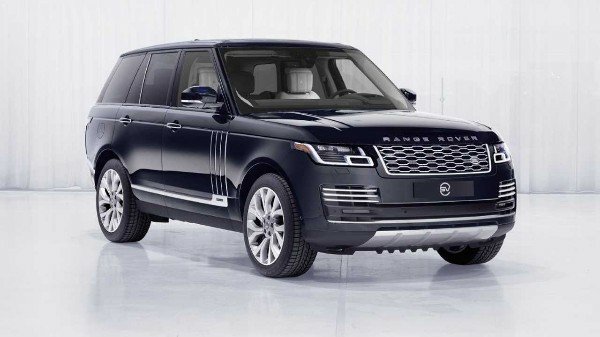 That means this wheel of the luxury SUV can only be bought by roughly 700 space tourists who have spent $250,000 or ₦90m to take Virgin SpaceShipTwo spaceplane to the edge of Space.The exterior of the Astronaut Edition SUV is swathed in the one-off Zero Gravity Blue paint job, which Land Rover says is “inspired by the depth and intensity of the night sky.”

The only other major additions to the exterior are a set of puddle lamps, which bear the silhouette of Virgin Galactic’s SpaceShipTwo craft, and some Astronaut Edition badges on the side and tailgate.

Inside, the cupholders carry a piece of the Virgin Spaceship Unity’s front landing skid, one of which has a Richard Branson quote on it, but it’ll be swapped out for a piece of that astronaut’s own ship after the flight ends.

There’s a unique “DNA of Flight” graphic on the center console and rear armrest. The door handles are made from solid aluminum and carry a constellation pattern, and it’s repeated on the back of each front headrest. Space tourists can also have their initials stitched on the headrests.

The Range Rover Astronaut Edition comes with two powertrains, one with a 518-hp 5.0-liter V8, the other with the 398-hp P400e plug-in hybrid system.

What Do You Think?