Cryptocurrency skeptic Warren Buffett will dine with a bitcoin enthusiast, all in the name of charity. 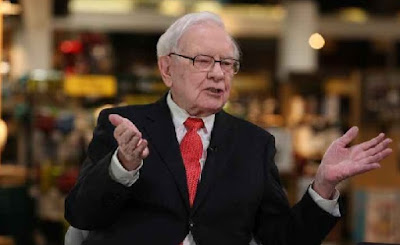 Entrepreneur Justin Sun bid $4.57 million at a charity auction to have lunch with the legendary investor. Sun launched cryptocurrency TRX token in 2017. He also founded Tron network — an operating system based on the blockchain technology that underlies cryptocurrencies.Buffett has repeatedly criticized cryptocurrency, even calling bitcoin “rat poison squared.” The Berkshire Hathaway (BRKA) CEO has often compared the cryptocurrency to gold, saying that both assets are strictly speculative and don’t produce earnings and dividends like stocks do.

In an open letter to the cryptocurrency community, Sun struck a bullish tone about winning over a bitcoin bear.

“(E)ven one of the most successful investors of all times can sometimes miss a coming wave,” Sun said, noting that Buffett has admitted to overpaying for an investment in Kraft Heinz Co (KHC), and failing to realize the potential of tech companies such as Amazon (AMZN) and Alphabet (GOOGL), the parent of Google.

“I … firmly believe that with the right communication and understanding, Buffett will change his overall stance on cryptocurrency and blockchain, allowing this new investment strategy to become integrated into his overall portfolio,” Sun said.

A representative for Buffett told Reuters that the Oracle of Omaha was “delighted” Sun won the auction, and is “looking forward” to meeting him.

This is the 20th year Buffett has offered himself up for a power lunch to raise money for Glide — a San Francisco-based charity that provides medical care, housing assistance, meals, youth summer programs and other services to the Bay Area’s neediest residents.

“The one universal characteristic with all the winners is that they have a good time and feel like they’ve gotten their money’s worth,” he said in a press statement.