A white female professor of African and Latin American studies, who has always pretended to be a Black woman, has now revealed she has been living a lie. 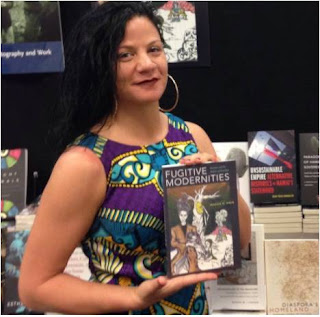 Jessica A. Krug, an associate professor at George Washington University has been claiming to be of Black and Latina heritage. She has written extensively about Africa, Latin America, the diaspora and identity.

However, in an article published on Medium.com on Thursday, September 3, Krug revealed the truth that she is a White Jewish woman.

She began in the article: “For the better part of my adult life, every move I’ve made, every relationship I’ve formed, has been rooted in the napalm toxic soil of lies.”

“To an escalating degree over my adult life, I have eschewed my lived experience as a white Jewish child in suburban Kansas City under various assumed identities within a Blackness that I had no right to claim: first North African Blackness, then US rooted Blackness, then Caribbean rooted Bronx Blackness,” she wrote.

Krug acknowledged in her post that she had no right to claim these identities, saying that “doing so is the very epitome of violence, of thievery and appropriation, of the myriad ways in which non-Black people continue to use and abuse Black identities and cultures.” 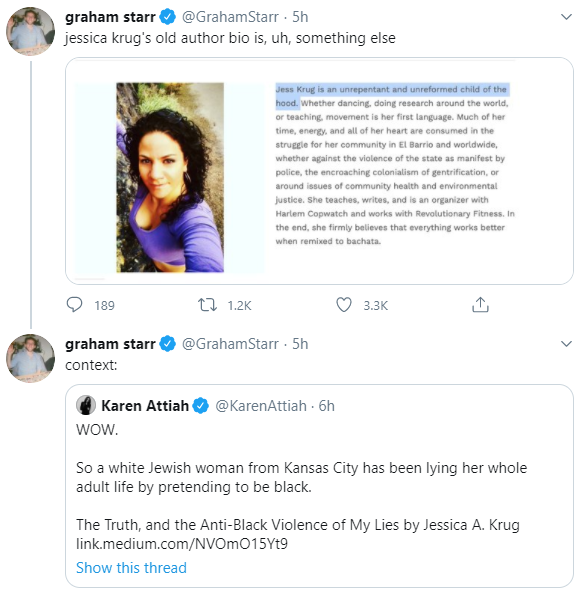 She apologized for her “continued appropriation of a Black Caribbean identity,” saying she was wrong, unethical, immoral, anti-Black and colonial. 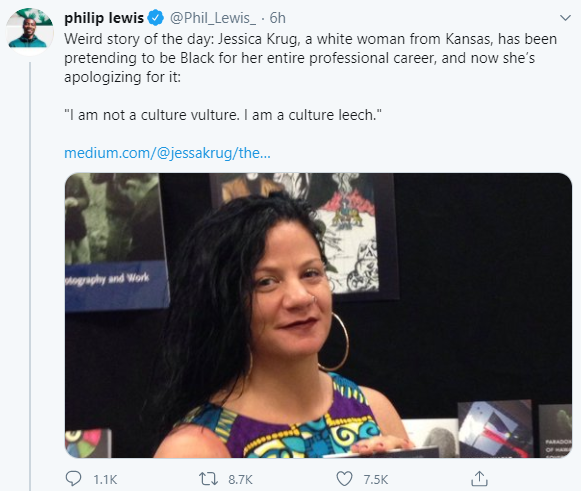 “I am not a culture vulture,” she wrote. “I am a culture leech.”

Her revelation came as a shock to her students who believed she was indeed an Afro-Latina woman. Twitter users were also shocked and have been discussing Krug on the platform. 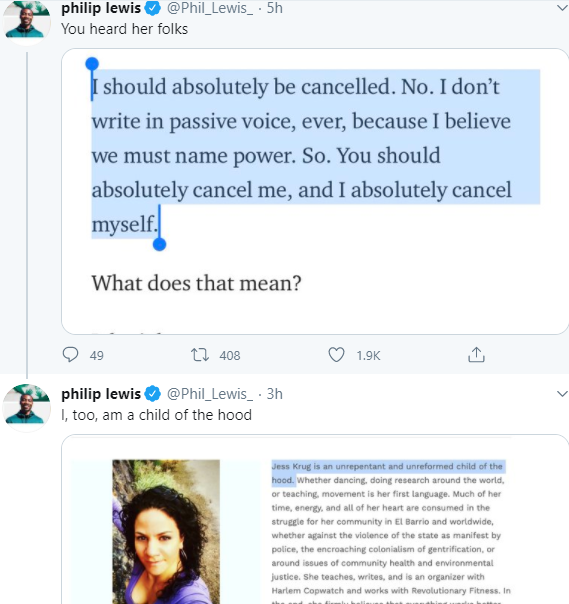