The Sad news just reaching us has it that two young lovers from Okija, Anambra State Nigeria have reportedly taken their own lives by drinking a poisonous substance (sniper) because their parents refused to give consents to their getting married to each other.

A video showing the moment a Black American man, Daniel Prude, was killed during an arrest in the United States, has sparked outrage after it was shared online. 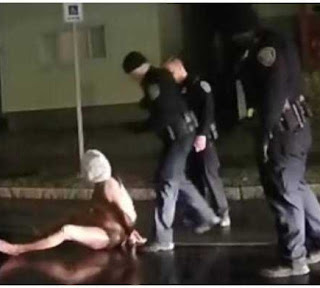 Daniel Prude, 41, died of asphyxiation after a group of police officers put a hood over his head, then pressed his face into the pavement for two minutes, according to video and records released Wednesday, September 2, by the man’s family.

A Man in Minneapolis, United states of America has been arrested after shooting dead his wife, dumping her body in their garage then opening fire on two sisters next door, wounding one while she shielded her 18-month-old niece from the gunfire.

Jason Michael Mesich killed his wife Angela Lynn then put her body in the garage of their home in Minneapolis at 11pm on Sunday.

A UK man who killed two women and hid their bodies in a freezer has been convicted of murder.
Zahid Younis received a life sentence, with a minimum jail term of 38 years.

The police in Anambra state,Nigeria have arrested a 25-year-old pregnant woman, Oyinye Chime, for allegedly stabbing her boyfriend, Eleyi Azubuike, to death at his home in Ochiagha street in Nkpor, an area in the state on Wednesday, September 2.

The spokesperson of the state police command, Muhammed Haruna, who disclosed this to newsmen, said the police received a report of the alleged murder and immediately visited the scene on Wednesday.

It was gathered that Egbu, who has a shop at the Sango area of Ibadan, the Oyo State capital, was caught by some persons around 12 noon on Saturday.